Before talking about port scanning, lets know about nmap-services file present under the data files of Nmap. Nmap has total of 12 data file which includes both directories and files and nmap-services is one of it. It is a configuration file which includes database of all the ports which Nmap uses to scan on target with its Service name, port number/protocol, open-frequency,optional comments 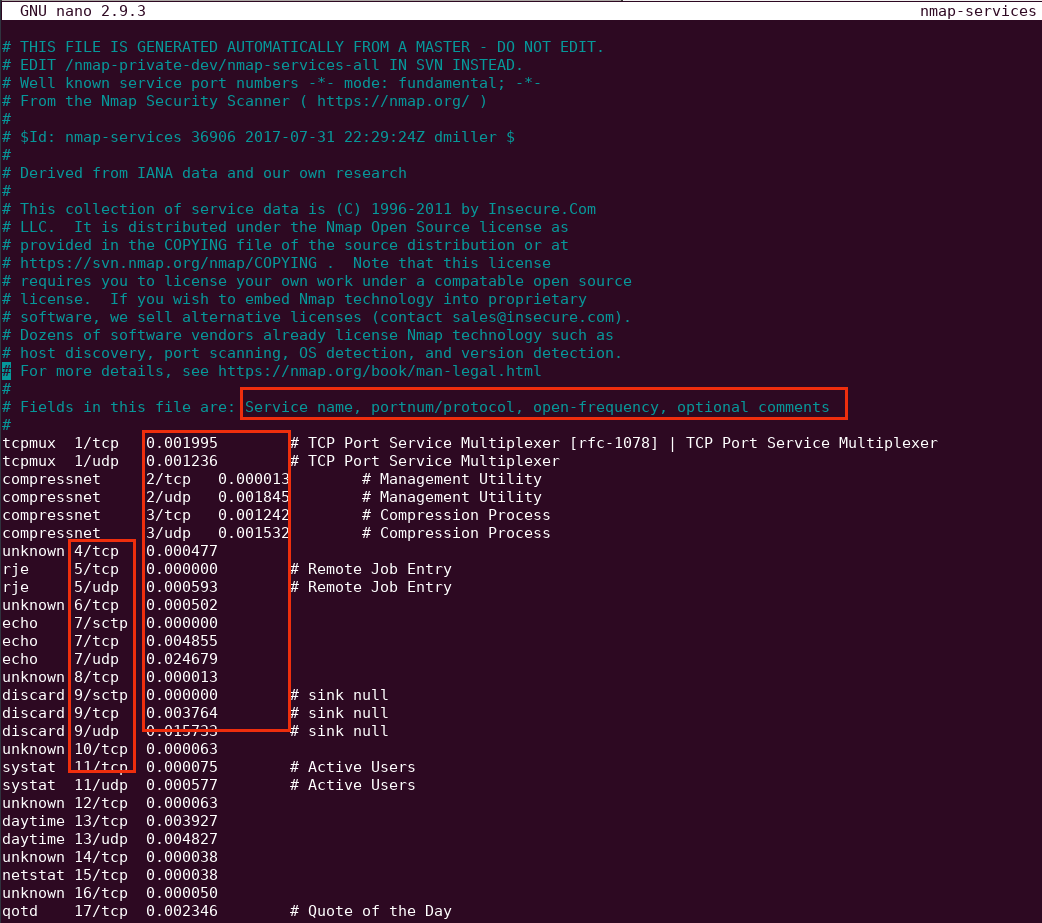 It is somewhat similar to target expansion because the way we specify target IPs as value in Nmap, the same is in the port specification. Basic way to specify destination port is given below

We can scan ports by passing service name using different methods like : 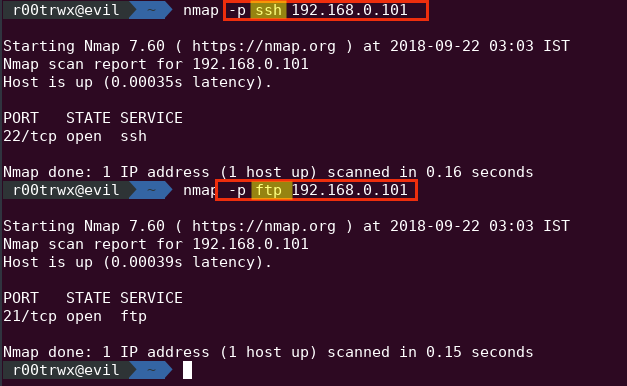 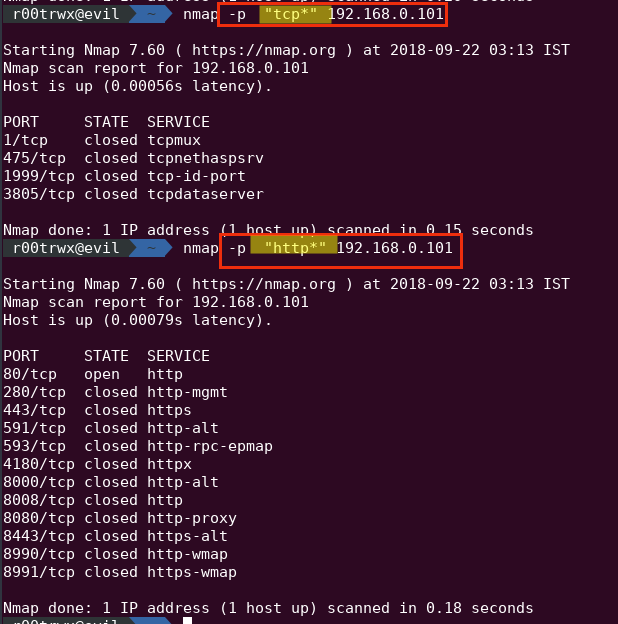 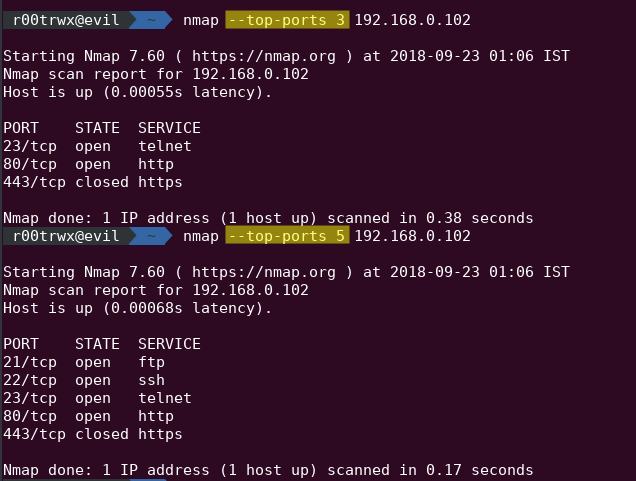 It is the first step of TCP three way handshake, In SYN scan we want to initiate connection on a port no. with the server but in the mid only we terminate it saying (Forget my request) by sending RST Flag.

If we dont have raw packet privileges or say root access than we have another option called TCP connect scan. Nmap asks the operating system to initiate connection on target and port using system call called Connect . It is the part of programming interface which uses API calls instead of reading raw packets.

While we get our output we can again refine our results by using --reason & --open. 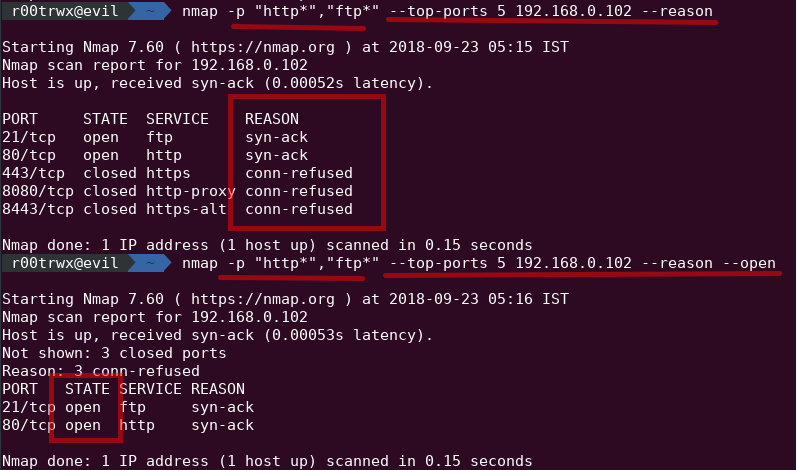